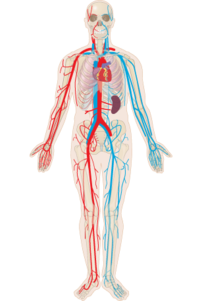 Table Of Contents: The Immune Response

An antigen is a molecule that the immune system can recognize as either part of the body or as foreign to the body. Pathogens have antigens on the surface of their cells. These antigens, or marker molecules, signal the body's immune system that there is a foreign invader.

2. How Does the Immune System Work?

In the immune system’s response, the white blood cells that produce antibodies are called B lymphocytes. Each type of B lymphocyte produces only one kind of antibody. Antibodies help destroy and remove pathogens. For example, when you suffer from strep throat caused by bacteria, your body produces anti-strep antibodies that lead to the removal of the bacteria.

B and T lymphocytes are scattered together all over the body, especially in the lymph nodes and spleen, which function as focal points for fighting pathogens in the body.

Lymph nodes are small kidney bean shaped filtration structures rich in lymphocytes and macrophages. Lymph nodes monitor foreign materials, and are found throughout the body. For example, when you suffer from a sore throat, the lymph nodes below your chin become larger as the white blood cells work to fight off the bacteria or virus.

8. Role of the Spleen

The role of the spleen is similar to a lymph node except that it filters blood, while lymph nodes filter other fluid. Like lymph nodes, the spleen is full of B and T lymphocytes and macrophages. These cells help clear the blood of foreign materials and old or abnormally-shaped red blood cells.