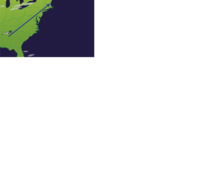 An object is in motion if it changes its position relative to another object. You can describe the characteristics of motion in many ways including distance, speed, velocity, acceleration and momentum.

Speed describes the distance an object travels during a certain amount of time. Speed is a measurement of a rate. If a cyclist traveled a distance of 15 kilometers in an hour's time, the bicycle was moving at a speed of 15 kilometers per hour.

4. Graphing the Speed of an Object

The motion of an object can be shown on a graph with the x axis as time and the y axis as distance. To graph the motion, plot the data points that indicate the distance traveled at a particular time, and then draw a line through the points. The slope of this line represents the speed of the object. A steeper slope indicates a faster speed.

To completely describe an object in motion, you need to know both the speed and direction it is traveling. Velocity is defined as the speed of an object in a given direction. Velocity can provide important information. For example, although knowing the speed of a hurricane is informative, actually knowing the velocity of the storm is critical for people to determine if they are in the predicted path of destruction.