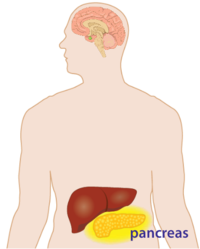 1. The Role of the Endocrine System

2. How the Endocrine System Functions

The endocrine system consists of a variety of glands that release hormones. These hormones travel through the blood to cause an effect at some distant site. For example, when a person is frightened, the adrenal glands release adrenaline that travels to the heart and increases the heart rate.

Endocrine glands are spread out over the body. These glands, the pituitary, thyroid and parathyroid, adrenal, ovaries, testes, pancreas and pineal glands, all produce hormones. A complex system regulates the secretion of the hormones through a feedback mechanism.

4. Function and Control of Endocrine Glands

Endocrine glands are controlled by feedback systems that work to turn on or shut down gland function. The “master gland” of this system is the pituitary gland. It is also the smallest of the endocrine glands but it releases many different hormones that control body and bone growth and water balance, and that help regulate many of the other endocrine glands.

Hormones are chemicals that can regulate functions and chemical reactions in the human body. For example, the growth hormone released by the pituitary gland increases bone growth. Insulin released by the pancreas helps control blood glucose levels. The thyroid releases thyroid hormone that helps regulate a wide range of chemical reactions in the body.

Most endocrine gland functions are controlled by a negative feedback mechanism that acts to turn off hormone release as a means of controlling hormone effects. For example, after a meal, when blood glucose levels go up, the pancreas releases insulin to bind to glucose to deliver it to vital body tissues. As cells of the pancreas sense a decrease in blood glucose, release of insulin is shut off.