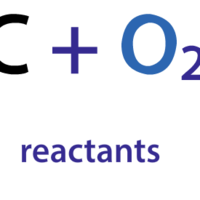 1. Chemical and Physical Changes of Matter

A physical change involves a change of state or form of a substance while its chemical properties remain the same. Examples of physical changes include crumpling a piece of paper, melting an ice cube, and breaking a glass bottle. Changes in physical properties do not produce new substances and are only concerned with energy and states of matter. On the other hand, a chemical change takes place at the molecular level and occurs when one or more substances are changed into new substances with different properties. Examples of chemical changes include burning a piece of paper into ashes, cooking an egg, rusting of iron, and mixing an acid with a base to produce water and salt.

A chemical bond is an attraction between atoms that holds them together in a molecule. During a chemical reaction, new substances are produced as the original bonds of the reactants are broken. Atoms are then rearranged and new bonds are formed between the atoms of the products. For example, what happens when hydrogen and chlorine molecules are combined? The bonds that hold the chlorine and hydrogen atoms together break, and then a new bond is formed between the chlorine and hydrogen atoms.

A chemical reaction can be expressed as a chemical equation. A chemical equation is a statement of a chemical change using symbols. Consider the reaction between carbon and oxygen gas to form carbon dioxide. The starting substances, known as reactants, are carbon and oxygen gas. The final substance formed, known as a product, is carbon dioxide. To write the chemical equation for a reaction, first you write the symbols for the reactants, then an arrow, followed by the symbols for the products. The “plus” (+) sign separates the reactants or products from one another. The arrow indicates the direction of the reaction or “to yield.”